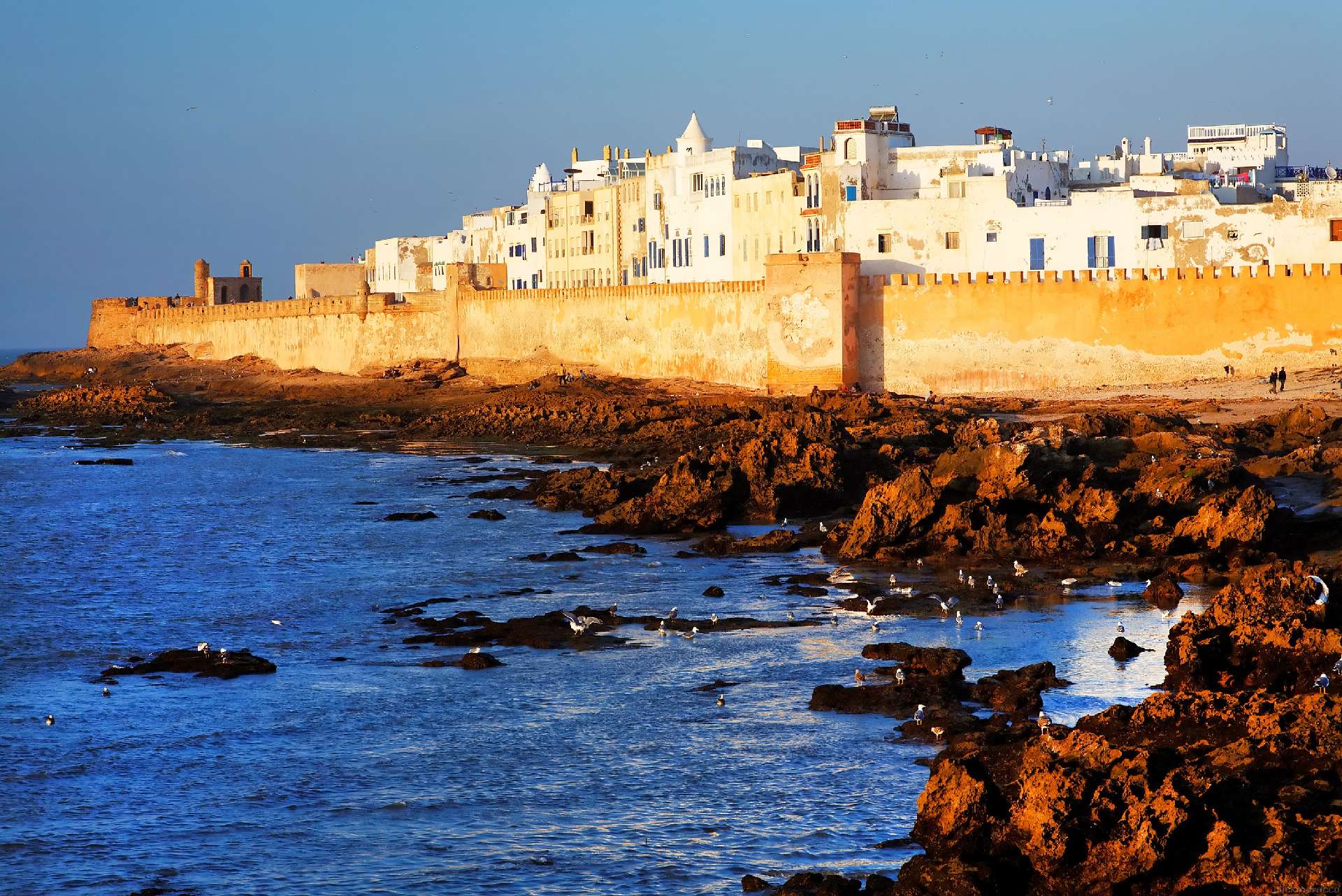 The city of Essaouira enters the coastal city of Essaouira, which is called the city of winds or Tassourt, one of the most important, ancient and most beautiful tourist cities in the Kingdom of Morocco, which overlooks the Atlantic Ocean; It is one of uniqueness and beauty, which makes it a first-class kiss for tourists, meaning they enjoy enjoying their breathtaking scenery and spending the best of times. The city is distinguished by its unique architectural character, and the tourist activity increases continuously due to its pleasant weather that tends to cool in winter and moderation in summer, as well as the city in addition to all this on many captivating tourist sites; As it contains a large number of arenas, fences and great historical monuments that reflect the ancient history of this city, and in addition to this it is filled with harmonious archaeological buildings, in addition to its ancient and great cultural heritage inherited from the generations and nations that inhabited that land, and before giving a description of the city must pass quickly And a summary of its history, which has been inherited by all that beauty and beauty, making it a destination for tourists from all over the world.

History:
The construction of the city of Essaouira dates back to the time of the Greeks and the Phoenicians, due to the presence of an ancient port in which the right returns, and they came to the request of the blue pigment that was famous for it, and you were known by the name of Mogador, and this name was derived from the Phoenician word “McDoll” whose translation means the small fortress, while The actual establishment of the city for the year one thousand seven hundred and sixty AD, dates back to the era of the Alevi family at the hands of the Alevi Sultan Sidi bin Abdullah, to be a city fortified by strong towers, forts and fences in a fashionable style in Europe, as it closely resembles the French city of Avignon so that Mogadour through its port is the most important Caravan meeting center, which has major trade and maritime exchanges at the Africa Gate

City formation:
This city consists of three neighbourhoods: The Kasbah: It is the old quarter. The ancient city: it consists of two parts: the first connects the port with the door of Doukkala, and the second connects the door of Marrakesh with the sea. Al-Mallah: It is the Jewish Quarter, in which the King enumerated the Jews from the class of nobles, and named them the King’s merchants.

Population:
The population of the city of Essaouira is estimated at four hundred and ninety-three thousand and sixty people, engaged in marine fishing and trade, and in the fields of tourism services.

The most important tourist areas:
Its walls:
This city is credited with the rest of the cities of Morocco, rich in fortified walls that were built in order to defend the city against the attacks of the invading greedy people, and it was supported by towers and five gates.

Bab Al Bahr: It is the most important doors of the Essaouira and the main entrance in it. It has a triangle shape. Conditions create a wonderful masterpiece for the viewer in terms of its building style and amazing decoration.
City scaffolding: It is located off the ocean, and the main fortress is composed of two layers, the first underground, which is used as a storehouse for military military combat equipment and supplies, and the second represents the watchtower and is also full of hotels, parks and chalets.

Bab Marrakesh Fort: Its area is about nine hundred and eighty square meters, and it is one of the most important solid forts. It was used in building the stone stones that you were using to build forts and castles in Europe, and on its surface, there are three domes, and you notice the Portuguese influence in its architecture because it represents its buildings because it is black stones.

Diana Safari: It is available – using four-wheel-drive vehicles – trips to the beach of Essaouira, in which the golden sands embrace the blue of the water.

Issa Safari: It also has desert strolls on the beach, taking place on horseback, camel or mountain biking.