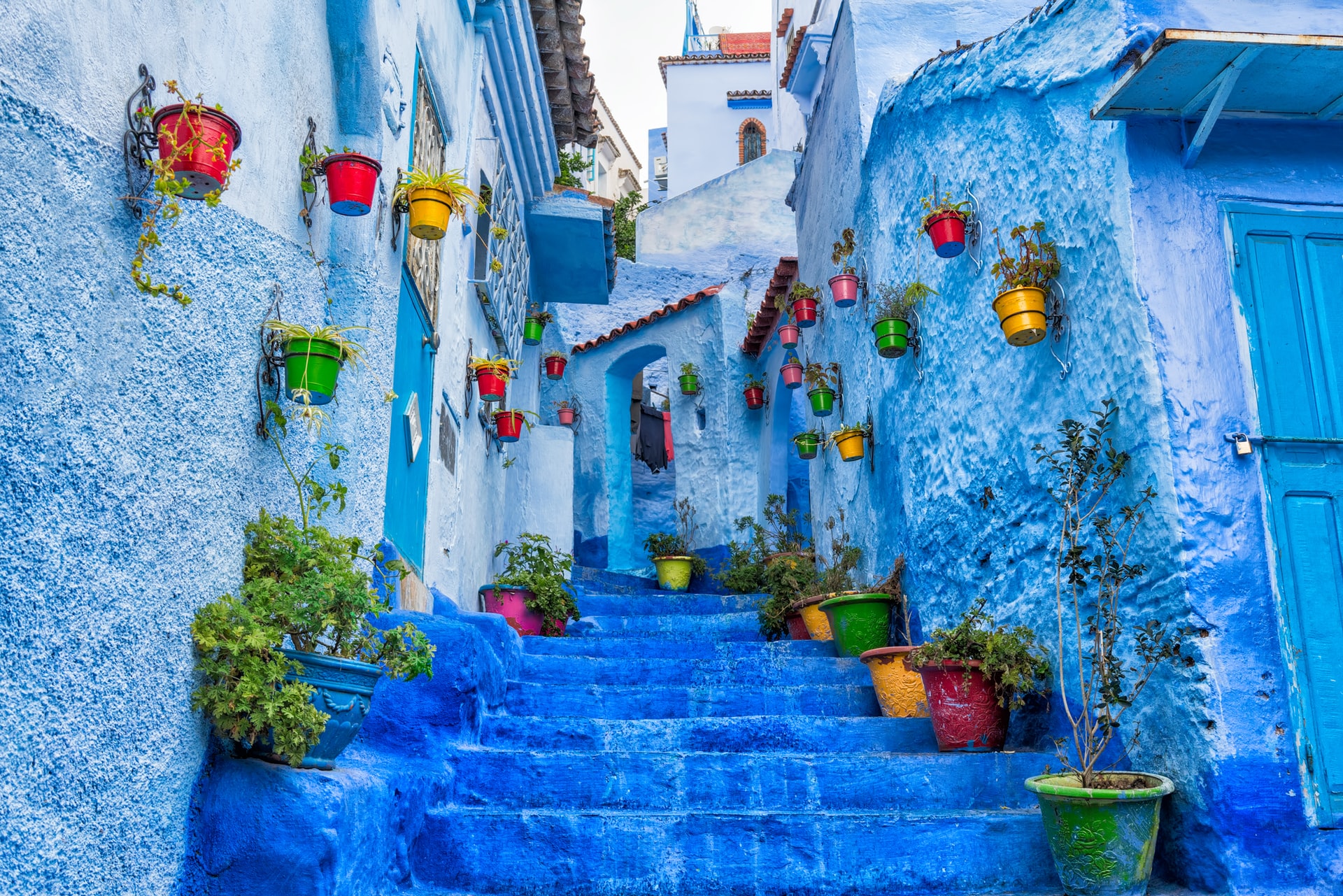 There has been much talk about the Moroccan city of Chefchaouen or “Chaouen” in recent years, and its tourism has flourished. The reason is that it is no longer a secret that only a few people know, after poets and singers sang its beauty, and after it occupied the sixth position among the most beautiful cities in the world. Even Moroccans did not know much about her for more than a decade

In the north of Morocco lies the city of “Chefchaouen”, “Chaouen”, or as some people like to call it “the blue pearl” due to the charm of its blue colour and its picturesque nature to paint a painting that yearned to see the eyes and shook its magic with hearts. Its streets, narrow alleys, twisted stairs, walls and homes, doors and windows, even garbage boxes and lighting poles, all wore blue and became one of the most important tourist areas in Morocco and the world after occupying the sixth position among the most beautiful cities in the world.

Blue colour no one was able to accurately resolve his matter, the narratives regarding it are numerous, including that the Jews, when they inhabited Chefchaouen after their expulsion from Spain, began to paint their homes in blue and then continued to paint all their possessions with this colour later, believing that it is the colour closest to the colour of the sky and that this will remind them of God.

It is also narrations that people embraced the city in blue as a symbol of peace and tolerance after it embraced the Jews, Andalusians and Morskis who were driven from their homes.
This is a third narration that I had heard by chance in a report on an Arab channel saying that they were staining the walls in blue because it was repelling insects.